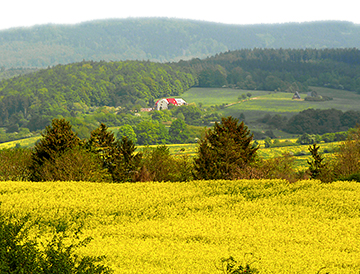 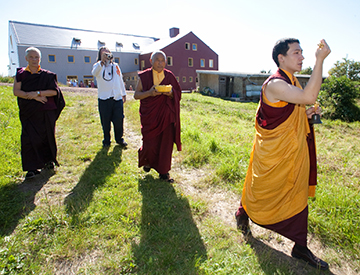 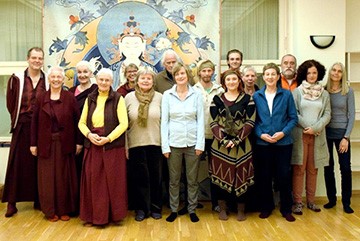 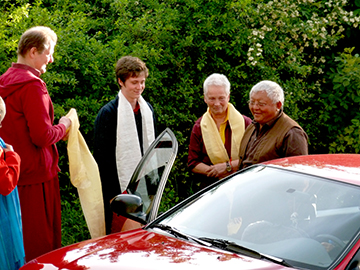 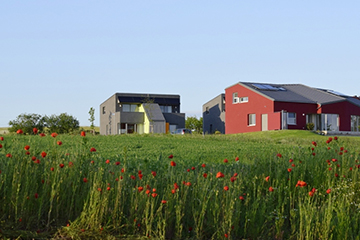 The Dharma Center Möhra is a place for Buddhist studies and meditation at which the teachings of the Buddha are presented according to the Karma Kagyu tradition, one of the four main schools of Tibetan Buddhism. Here individuals can obtain guidance on mind training through study, contemplation and meditation.

The spiritual head of the Dharma Center Möhra is the 17th Gyalwa Karmapa Thaye Dorje. His representative in Europe is Lama Jigme Rinpoche. The center is guided by Dharma teachers of the Dhagpo-Kagyu-Mandala who obtained their training in France under the direction of Lama Gendün Rinpoche. In the course of their training all of them have completed the traditional three-year retreat multiple times. In addition, highly qualified Tibetan rinpoches (masters) and khenpos (scholars) teach Buddhist meditation and philosophy at the Center.

In 2009, the ‘Karmapa Foundation Möhra’ was founded, which plays a key role in the development of the »Residential Project Möhra« on the outskirts of Möhra. Here, a non-profit and private living space is created according to Buddhist teaching and ethics; Regardless of their age or social background, people can share their everyday lives with mindfulness, awareness, compassion and joy.